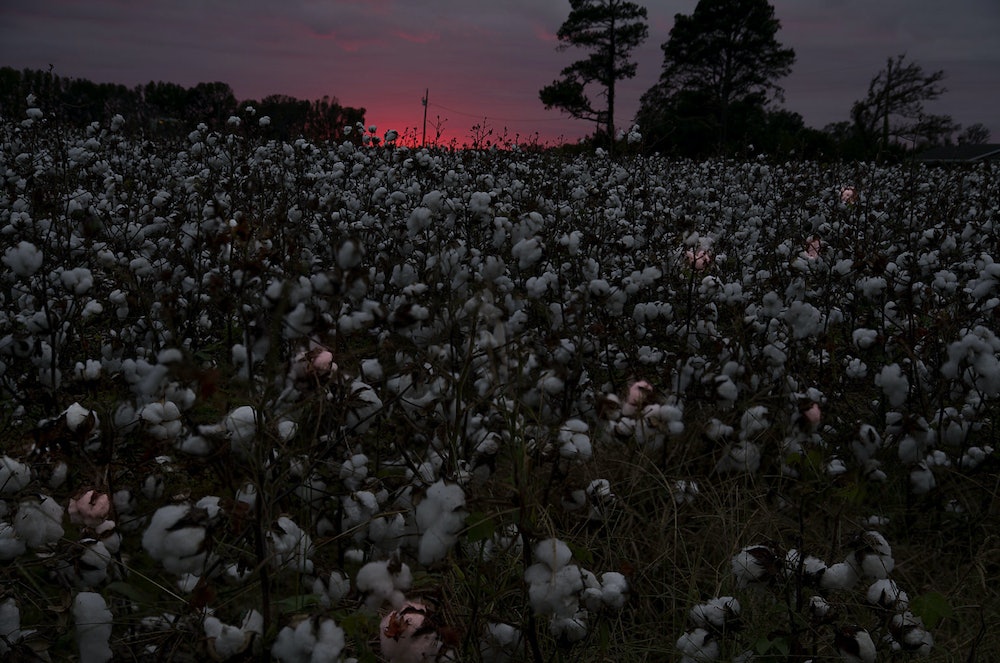 Paths to Freedom presents 26 large-scale photographs and an immersive installation by Philadelphia-based artist John E. Dowell. Staged in cotton fields at night, Dowell’s photographs conjure the spirits of his enslaved ancestors as they sought freedom, imagining the landscape they encountered in that search. As Dowell notes in his artist statement this body of work responds to an auditory apparition, he experienced in 2017 while looking at a cotton field and contemplating his ancestral legacy of slavery: “Would you have had the courage, the strength, the wisdom to break for freedom?”

The largest of the panoramic photographs Night Before the Run is a meticulously rendered image and monumental in scale, measuring 24 x 200 inches. The exhibition unfolds as a series of signs and ancestral visions through the darkness towards freedom.